DO YOU KNOW HOW TO MAKE THE PERFECT CUP OF TEA?

Back in the 80s, when Bananarama was the height of cool and we thought neon pink leg warmers deserved the label ‘fashion’, anyone in the Brownies could earn themselves a badge by learning how to make the perfect cup of tea.

Each Brownie was required to make no less than 100 brews - each had to be carefully recorded on a printed sheet and the lucky recipient duly signed to confirm that an acceptable standard had been met.  It’s safe to say that the Brownie Tea Making Badge required a bit of effort, but that a generation’s standards of tea making were no doubt raised as a result.

Nowadays, the Brownies have moved on and no longer offer this award to their young members.  So if you weren’t a Brownie in the 80s, and missed out on your formal tea-making education, we thought we would bring you some tips on how to make the perfect cup of tea.

However, one of the many seismic differences between the 80s and today is the introduction of the Internet.  When we began to write this article, we were confident that the method used to earn the Badge would be as sound and robust today as it was in 1983.

But no.  Google ‘how to make the perfect cup of tea’ and you not only get thousands of pages of results, you also see the huge debate which is stirred (get it?) as soon as you advocate one method over another.

Do you drink tea with milk?  Do you add the milk before or after the water?  How long should you let it steep?  Is it right to add sugar?

It seems that no-one can agree.  An article in The Guardian highlighted a scientific study which was thought to have the answer.  Apparently, a Dr Stapley of Loughborough University “established that putting the milk in after the boiling water is incorrect, as it causes the milk to heat unevenly (as opposed to pouring the water on top of it). This uneven heating of the milk causes the proteins in it to denature, meaning they lose their structure and "clump", affecting the taste and contributing to that skin you get on the top.

However, the article goes on to point out that other scientists and tea lovers have since disagreed. For instance, if the tea bag is in the milk before the water, this will coll the water too quickly, affecting the brewing. And that the original’s study which claimed denatured milk resulted in a less pleasant taste was subjective opinion, not a measurable fact.

So if you want a clearer answer, don’t ask a scientist, ask a Brownie.

This is how one former Brownie learned to make the perfect cup of tea bag tea (and she hasn’t had many complaints in 30 years).

Choose a tea for your mood.  Normal black tea is the most popular but walk down the aisle of any supermarket these days and you’ll be faced with an array of tea drinking options.

It’s all too easy to stay in your comfort zone and buy what you’ve always bought.  When you’re next out shopping, be brave and try something new.  There are dozens of fruit, herbal and flavoured teas available as well as a host of different standard teas.

Most teas can simply be enjoyed for their flavour but green tea, oolong tea and white tea usually contain caffeine so can give you a burst of energy while chamomile, lavender and lemon balm tea will help to make you feel relaxed.

Select your favourite mug or cup – not too big, not too small - it’s surprising what a difference this can make to the enjoyment of a good brew.

Boil the kettle so you can make your tea straight away – just-boiled water is definitely the best.

Unless you're making a cup of ruit rea, put the milk into the cup BEFORE the water.  Now, we know this one will be controversial. but it definitely results in the best flavour.

Brew it to your taste.  Leave the tea bag in for up to a minute if you like a stronger flavour.

So, there you have it, a former Brownie’s guide to the perfect cup of tea.  How do you like yours?  Let us know via our Facebook page, we’d love to read your comments. 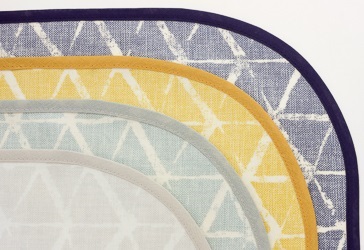 For all UK orders

We do not share your email with any other suppliers